At the end of last year the Guardian printed a list of the ’50 best TV shows of the year’. We sneaked in at number 26. There was some brilliant TV on that list and it was good company to be in.

I started working on series four of People Just Do Nothing a few weeks back and we’re going to be busy on it through til the summer.

It’s been a good start to the year for series 3 as well. It’s picked up three RTS awards since the start of the year, including Best Scripted Comedy which is great.

We’ve also been nominated for two BAFTA’s this year, which is a massive 100% more than last year 🙂

We’ll find out at the end of May whether we bag either of those prizes but in the meantime I’ll be busy trying to raise the bar on series four.

A couple of jobs I did in the run up to Christmas have been on recently.

The opening episode of series 2 of the comedy ‘Chewing Gum’ was well received in January.

And this week a documentary I did a few weeks work on to bring home transmits out as well. 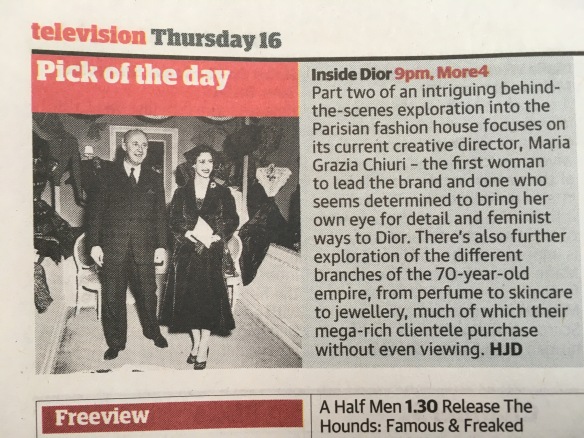 Finally, on the last weekend before Christmas I went to see the Kurupt FM boys play a sell out show at Brixton Academy. It’s a show that combines their songs, classic urban hits, cameos from grime acts Big Narstie & P Money and (sort of) sketches from Chabuddy and the others. On paper, it’s a combination that shouldn’t work but when you see it, it makes complete sense. Somehow, it’s like being at a mate’s house party as every one is having such a blast. If they’re doing more, get yourself a ticket.

Here’s some good news. The Horrible Histories Shakespeare Special I cut last year has just picked up a BAFTA.

It was one of those occasions where from the first days rushes you could tell that the whole team were on good form and each day the entire cast and crew delivered the goods.

For me, Horrible Histories has got some way to run yet.

Long may it continue.

Sometimes you can spend months pouring over footage trying to chisel out tiny moments to create choherence,  ‘painting with light and crafting with time’ to create a master piece that no one then sees.

Other times you knock something up in a few hours, something clicks and people go nuts for it.

Filmed in about 10 minutes and cut in a few hours, I worked on this sketch a few weeks ago for Stand Up To Cancer.

What didn’t make the cut was the fact that Jose had come straight from the training ground. From the waist up, he’s wearing a jacket and shirt – from the waist down, tracky bottoms and trainers. Bishop was cracking up saying that he’d only been here a few weeks and had already started dressing like a ‘proper manc’. Very funny.

This is a neat comedy sketch I put together for the opening night of the Paralympic games last night.

Clare Balding is casting from a bunch of ‘slebs’ for the voice of Lexi – the Paralympic classification system. There’s a few good cameos.

You can see the sketch by clicking here.

Sport and disability are big parts of my life so it’s great to have played a (very minor) part in the Paralympics this year.

The new series of People Just Do Nothing went up on the iPlayer last week (it’s on BBC2 10pm from Weds 22nd Aug) and so far it seems to be doing well.

It’s picked up some decent reviews, with 5* from The Times ‘the best ensemble comedy since the office’ is high praise, and The Independent have weighed in as well with ‘one of Britain’s finest sitcoms’ which might be a bit much, but who’s complaining. Bar Eastenders it’s been at the top of the iPlayer stack all week. Happy with that.

There was also a tidy 4 page feature in The Guide with the ‘Beatles of Brentford’. 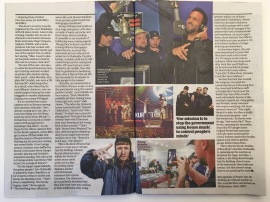 There’s lots of clips doing the rounds on social media as well, most of which are additional material that aren’t in the series.

There’s more clips that are going to get released as the series progresses because the guys improvise so well when shooting and come up with great lines all the time.

I discovered this one from Series II recently, it was only ever a rough cut of an improvised scene of Steve getting lost in Wickes but it’s still good.

Often when actors ad lib only the odd line makes the cut. Within this series, whole scenes that were scripted can get replaced with improvised material that they come up with in the moment when they’re together. Of the following scene, which I cut to open series III with, only the final line was on the page.

From memory, the next couple of minutes of the episode, where they arrive at ‘studio’ were mostly improvised whilst shooting as well. Keeping track of all the improvised material makes the edit harder work but is worth it. So often the improvised dialogue is very funny and more ‘real’ – I think it’s one of the factors (there are loads more) that helps make the whole series flow and draw people in as it feels ‘true’.

Either way from the first day in the edit it was clear that the whole team, cast & crew, were on strong form and I think this series is the best so far. And I don’t think they’ve peaked yet.

For now, the ‘Beatles of Brentford’ roll on.

The Brexit referendum provided more political news in a fortnight then you’d normally get  in a year – and it also was a gift to political satirists. The team behind ‘The Revolution Will Be Televised’ pulled together a Brexit special which I cut several sketches for.

There was a number of us chopping away as the news was moving so fast. In one morning, the team at the office received a message that they’d landed a gag on Nigel Farage. Just 20 minutes later the news was reporting that he’d resigned.

Anyway, it picked up some good reviews in the papers. 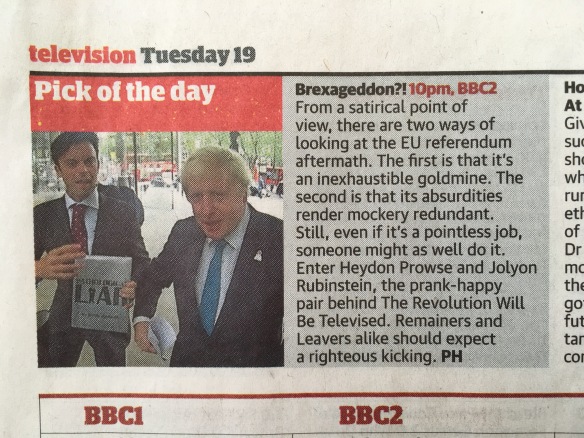 Over the last couple of weeks the BBC also showed another of the Horrible Histories specials that I worked on last year. This episode was about ‘Staggering Storytellers’ and featured my favourite sketch of the run where Mary Shelley and Lord Byron are telling each other ghost stories on the night she came up with Frankenstein (true story).

Here’s a link to the sketch. 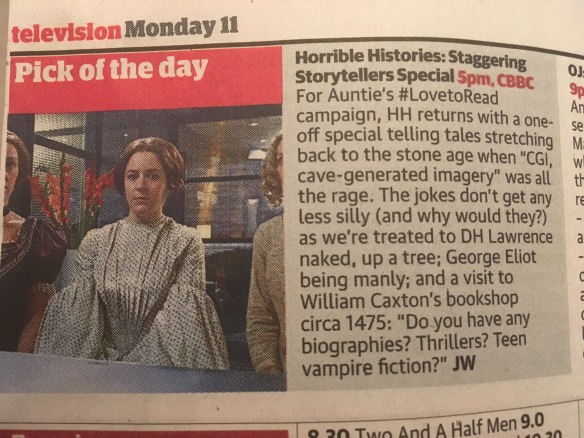 The third series of People Just Do Nothing has been been scheduled for release on 17th August 2016.

It will go out weekly on BBC3 first, followed by a transmission on BBC2 on Wednesday 24th at 10pm.

Will post some of the teasers once they’re available.

Last week I finished work on the new series of People Just Do Nothing. There’s still some mixing and grading to be done but (in my opinion) it’s some of the best work the team have done.

As big chunks of the episodes are entirely improvised there are loads of extra clips that will get released alonside the 6 episodes.

The really good news is that it’s going to be on air in a few weeks. Series II is getting it’s first airing on BBC2 in July and then the new series will follow soon after on the iPlayer and again on BBC2 with a delay of a few days.

Looking forward to seeing how it goes down on BBC2. In the meantime, keep it Kurupt.

Somehow, I bagged myself an invite to the BAFTA awards last weekend and went along with Brentford’s finest from Kurupt FM and the Roughcut TV team.

Unfortunately, ‘People Just Do Nothing’ was beaten by ‘Peter Kay’s Car Share’ (I’m telling everyone we came second).

On the upside, we’re in the middle of making series 3 so we’ll have to go back next year to pick our prize up…